What’s Not to Like? – musings upon musings on Jennifer Egan’s A Visit from the Goon Squad

Posted on September 30, 2012 by observeroftimes 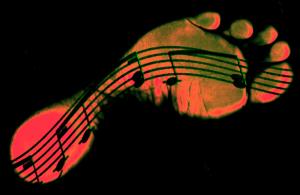 When I saw a copy of Jennifer Egan’s A Visit from the Goon Squad in one of the last surviving used bookstores I can visit on foot, all I remembered were references to its doubling as short story showcase and novel. I say ‘showcase’ because Egan displays control of a broad assortment of styles. And yet, a few stories in, I couldn’t help thinking that here was yet another novel shamelessly begging for adaptation (not begging, as it turns out: but I didn’t then know that Egan’s first novel, The Invisible Circus, inspired a film starring Cameron Diaz; that a film version of her third novel, The Keep, is now in development; and that HBO is adapting Goon Squad, novel #4, for TV).

This isn’t going to be any sort of review of Goon Squad. Too many have covered the ground for me to imagine what I can add, even now the dust has settled. What startled me, though, was the similarity of the first dozen reviews I read randomly, at least one of which I enjoyed more than a few of Goon Squad’s chapters. This sameness would seem to say something about the nature of global online culture. Opinions stack up fast and remain indefinitely visible; and the weight of so many opposed to one’s own must intimidate some more than they’ll admit. Who wants to swim against a rip?

Rather than go with the flow or risk drowning, my aim is to swim across the rip. What makes a novel a novel these days (and not, say, a wannabe film script padded with interior monologue and literary description)? I don’t ask this because I care about where art forms begin and end (as much as such questions engage me; see, for instance, Will Self’s in-depth digital essay ‘Kafka’s Wound’ for a hyperactive recent example of crosspollination); categories matter only so far as they expedite searching and selling. Yet there’s no denying that Egan has a cinematic style, which helps, in an age typified by the screen (be that film, TV, PC, iPhone etc.) to make her often dialogue-driven storytelling accessible.

This seductive accessibility, no less than Egan’s inventiveness, must surely account for the huge amount of exclusively glowing reviews I found when what I was seeking was signs of readers who might share my own reservations. Well, it would appear that, in general, few do, while also remaining remotely objective – with one astute if polemical exception.

What in Goon Squad has stayed with me, and likely will go on resonating? In Chapter 6, Scotty, a failed, middle-aged guitarist, looks up Bennie, an old band mate who’s now a record exec. To say the edgy encounter doesn’t turn out well would be an understatement. And that’s the end of Part (or Side) A. In the last chapter (or track), 13, at the end of Part B, set in Manhattan circa 202_, the now tragically burnt-out Scotty, who still has the chops but not the connections, is elevated via contrived social media hype to overnight stardom, thanks to Bennie. I’m not saying I bought Scotty’s arc; just that it brought tears to my eyes. Who doesn’t dream of defying their use-by date in this society?

Goon Squad offers the best of both worlds with regard to the novel-or-short-stories question. Its range and deftness of techniques at very least entertains. And Egan’s take on current and future consumerist, digital culture, while sufficiently ambiguous to pass for noncommittal, might just be slyly subversive enough that I’d urge anyone to read it. Goon Squad would make a fun addition to any uni (or even school) syllabus, with its potential to spark debate, whether sociocultural or literary.*

Does anyone know where I might find such a debate? In the meantime, here’s a random example of what didn’t blow me away. As gimmicky as Goon Squad gets (hence reviewers tend to mention it), Chapter 9 – titled ‘Forty-Minute Lunch: Kitty Jackson Opens up About Love, Fame and Nixon’ – parodies celebrity profiles in general, and David Foster Wallace’s writing specifically. Given that only four years have elapsed since Foster Wallace hanged himself, it’s reassuring to learn that Egan wrote and published this section earlier (Harper’s, Aug 1999).

If Chapter 9 can pass for a parody of Foster Wallace’s much copied style, it’s because, firstly, the profile features footnotes: a classic Foster Wallace device which, while not his most original, gets pushed to the limit in his fiction. Also, it’s a profile written by a journalist while doing time for the attempted rape of his teen movie star interviewee. Foster Wallace, too, doesn’t flinch from portraying – or parodying – misogynists (see, for example, Brief Interviews With Hideous Men, now also a film).

So why might Chapter 9 fail to rival his genius (meaning, as I continue to swim athwart the gushing tide, that the profile – though Egan is known for real ones – made me cringe for what feel like the wrong reasons)? Well, footnotes are one novelistic possibility that doesn’t translate to cinema – not even via creative use of subtitles – because, regardless of a narrative’s degree of linearity, footnotes invite a non-linear reading experience. And it’s in this frame-breaking sense that they – especially as used by Foster Wallace – can add an extra dimension, a subtext, which subverts and transcends their conventional function. In the context of Goon Squad’s droll Chapter 9, though, they add not depth but light relief: because the narrator is (to quote his hate mail) a ‘creepazoid’, footnotes here serve as a complement – like froth on a cappuccino – to make his dark perspective more palatable. Nothing could be further from Foster Wallace’s purposes; Egan’s mimicry stops at the surface.

Which is not to imply her writing is superficial (as numerous reviews have shown, depth is in the eye of the beholder). Still, maybe I’ve been too steeped of late in realist classics (19th-century-style novels that hinge on ‘rounded characters’) to be attuned to the speed with which modern characters’ impulses can manifest. Because when Chapter 9’s celebrity profiler, Jules Jones, writes: ‘I feel this crazy – what? – rage, it must be […] I want to fuck her (obviously) and then kill her or possibly kill her in the act of fucking her […]’, it seems to me to come out of left field. I mean, we learn in Chapter 7 that Jules is bipolar, and, OK, his fiancée’s just dumped him, but I remain sceptical of his emotional reality, despite this scene’s precisely detailed construction. And I can’t help feeling Foster Wallace could have made it believable; he had a rare ability to channel tormented characters. On the other hand, I believe we can trust that Egan isn’t a suicide risk (though the theme runs through Goon Squad) and thus look forward to further demonstrations of her versatility.

* Consider Egan’s coy textual wink to the Pulitzer judges, who happened to pick it: ‘By the time the anorexic returned, he’d gotten himself a job at Harper’s, an apartment on Eighty-first and York, and three roommates – two of whom now edited magazines. The third had won a Pulitzer (p. 131).’

Like Loading...
This entry was posted in books to read before you die and tagged A Visit from the Goon Squad, consumerism, David Foster Wallace, digital age, footnotes, Jennifer Egan, Kafka’s Wound, literary criticism, London Review of Books, negative reviews of A Visit from the Goon Squad, Pankaj Mishra, suicide, suicide in fiction, Will Self. Bookmark the permalink.