The Reader is Dead, Long Live the eReader!

Posted on August 1, 2012 by observeroftimes 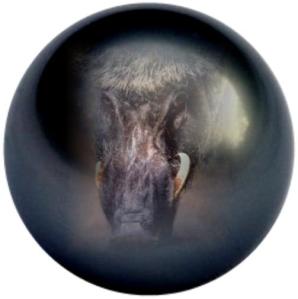 In this mediated reading experience you can opt to see which bits previous readers have highlighted, and do likewise, while invisible retailers track the ebb and flow of your engagement. Bye-bye, privacy. As Alexandra Alter says in her article, ‘Your E-Book Is Reading You’: ‘Kindle users sign an agreement granting the company permission to store information from the device – including the last page you’ve read, plus your bookmarks, highlights, notes and annotations – in its data servers.’

And why would you mind? If Barnes & Noble, in the words of its VP of ebooks, ‘is starting to share their insights with publishers to help them create books that better hold people’s attention’, won’t you benefit? If books conform more closely to the needs of attention-deficient readers, in the same way that fast-food chains cater to sugar and carb freaks with jaded tastebuds, doesn’t that mean you’ll be better entertained?

Not necessarily. It depends on whether your style of reading is passive, like watching TV. Mine isn’t. In the same sense that I’d rather fast than eat most of what fits the fast food description, I’d rather stare out the window than read much of what passes for mainstream fiction. At least the view from my window is open to interpretation, and offers a world in which I can opt to participate (which may explain its appeal to so many kids diagnosed with ADD; at school I only got ‘DISRUPTIVE IN CLASS’ on report cards filled in by teachers whose conformist predictability left me too much time to kill). As for participating in others’ fiction, I can wait until it’s written. As an active reader, I’m open to the challenge of the unfamiliar. But online I daily encounter readers too lazy, despite Google’s hyper-convenience, even to look up so much as a strange word’s meaning. Yet this new breed of reader – with an attention span geared to social media – apparently feels entitled to guide writers: scared to vary their diet, they know what they like.

We could dignify this in political terms – a shift toward greater equality – but isn’t it just a logical stage in consumerism run amok? Why wouldn’t the customer’s rise coincide with eco-destruction? The customer demands as much as corporations can keep up with. Which is host and which, parasite? We all suck: on the Earth. So how can we doubt that it might soon be due (if it hasn’t begun) to twitch, heave or purge itself?

A fellow writer recently gave me this well-meant advice: ‘You need a character who can break out into the larger world. Who has vision, drive, or at least achievable dreams. With that, I feel you can break into mainstream fiction.’ These are the words of someone who’s swallowed how-to formulas hook, line and sinker – unoriginal, received wisdom that shields the giver from thinking (or feeling) and patriarchally biased at that. As if ‘the larger world’ were a place any worthwhile character must wish to be; or as if there’s something nobler (or cosier) about achievable dreams?

Even when I used to read horoscopes for a living, I baulked at prediction – and not out of doubt that some degree of accuracy is possible (especially with clients seeking certainties rather than self-knowledge). I just didn’t want the responsibility. But, if only because of the obvious superabundance of bloggers (hence most of us wield far less influence than professional astrologers, whose job, after all, depends on reading: in practice the best ones synthesise readings of both symbols and people), I feel safe to indulge in a spot of prophecy.

So… I predict that fiction about writers will grow in popularity. It’s not as if it hasn’t been flourishing for some time: think of the poetic hero/heroine of Virginia Woolf’s mock bio, Orlando (1928); or Stephen King’s hilarious Misery (1987) – lonely, moronic, psycho fan detains injured author and tortures him – satirising the reader–writer relationship; or Ian McEwan’s Atonement (2001), about the heartbreaking making of an author; or the autobiographical vein in the oeuvres of J.M. Coetzee, Philip Roth, Richard Yates…

The writer, along with the lover, murderer, orphan, pauper, wanderer et al, has always been a staple fictional character. But in today’s information society, every man/woman and his/her dog/cat writes. And as this activity consumes more and more of most people’s time, matched by a progressive loss of contact with unmediated reality, how can the writer-as-protagonist not become as common as spam?

Writing used to be seen as the preserve of solitary types, keen observers with nonetheless vibrant imaginations, rich inner lives and a burning sense of purpose, the urge to convey a unique world view. But the kind of solitude possible in a society free from 24/7 news feeds skewed by vested interests, on a planet not yet too crowded, is getting daily harder for even confirmed hermits to find. Diversity, while seemingly never more ripe for the picking, is breaking down.

Extroverts may be more able or likely to get inspired in this climate. But think of factory farm pigs in obscenely overcrowded confinement; in their natural state (or that of their distant, less tractable ancestors) they’d never be reduced to chewing the tumours on one another’s ears. Is this analogy heavy-handed (assuming you don’t find it too obscure)? For sure – because I’m on the side of writers with individual visions, even if what they have to say jolts us out of our comfort zone,* which, though it’s not politic to admit it, more often than not consists of low-level discomfort muffled by socially sanctioned addictions. If pigs strike me as relevant, it’s not least because of their proven intelligence – a faculty on which we humans, as if unconvinced, can’t stop priding ourselves (and more recently, and increasingly, our phones, computers, iDiversions etc.).

So is it just me, or can anyone else see the irony of this craze for devices, when we haven’t even begun to exploit the potential of our own body–minds? (In fact, such Western epidemics as obesity and depression could be seen to attest their decline.) Yet why wouldn’t we feel we can afford to squander our own and/or the Earth’s resources? We’ve been programmed to believe the customer is always right.

* For a wake-up shot of discomfiting nonfiction, see Bill McKibben in Rolling Stone, and if you doubt that a little knowledge can be a dangerous thing, see the comments.