Characters who identify with their authors 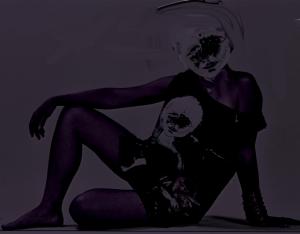 A writer friend who’d offered to read my second draft of a short novel recently gave me the following marginal feedback: ‘I’m having a little trouble sifting fiction from reality. I assume that won’t be a problem for most of your readers.’ And: ‘I suppose that’s one way to relieve a little stress over [X’s] behaviour – slightly mind bending trying to separate your emails from your story!’

The emails to which my friend refers were written more than a year before the comparable bit in my story, so the source of stress had long since been addressed. Though I’d hoped for more constructive comments, wouldn’t it be good if his confusion were due to my having achieved a seamless interweaving of what I’ve observed or experienced with what I could only imagine? But if he cared to read any contemporary literary fiction – or, like many writers pushed for time, a range of current reviews – he’d soon discover lots of writers borrow freely from their biographies. As Helen Elliott tells us, in her review of the novel Fever of Animals, ‘Portrait of the writer as an artist in search of himself’ (Spectrum SMH, 5 Sept 2015):

When Rachel Cusk, best-known for her unadorned autobiographical fiction, was interviewed last year about her new book she explained that making up characters was “fake and embarrassing”. She went on: “I’m certain autobiography is increasingly the only form in all the arts. Description, character – these are dead or dying in reality as well as in art.”

In an age of Elena Ferrante and Karl Ove Knausgaard, her words ring with truth. And this truth, about not making up things that are fake or embarrassing, is what gives authority to the voice of Miles Allinson. His central character is also called Miles and he shares a lot with the actual author.

Elliott could as well have said, ‘In an age of selfies…’ But Allinson is, as she indicates, following a trend, acclaimed examples of which include The Spare Room (2008) by Helen Garner, Summertime (2009) by J.M. Coetzee, and 10:04 (2014) by Ben Lerner. And my writer friend’s innocence of this trend adds to the irony that his own history, home environment, personal traits and significant relationships provide backstory, setting, style of narration and main characters in his latest thriller.

So, did I likewise have ‘trouble sifting fiction from reality’ when he asked me for feedback on multiple drafts? I don’t think so. It took no effort to tell or guess the difference. But that’s not what makes fiction – or nonfiction – interesting. After all, every story entails fabrication, because memory progressively rewrites history over time (with the help of an editing function Freudians call repression).

Obviously, some novels include more ‘facts’ or ‘truth’ than do others, while much nonfiction contains invented dialogue; and obviously, suppression of certain, often intriguing, facts is standard practice: to lower the risk of legal action. But the artificial distinction serves, above all, the purpose of marketing, so critics and even authors continue to think in terms of compartments. For, what is a compartment but a means of separating one type of person, place or thing from another (ally from antagonist; emails from a story; memoir from fantasy) for the sake of expedience, privacy or sanity?

Novelist Siri Hustvedt has astutely observed that sexism often underlies assumptions that her fiction is based on her life. (In contrast, her husband has had to deal with assumptions that even his memoirs are made up.) ‘The man is so clever everything is a kind of Derridean deconstruction and everything a woman writes is confessional?’ Hustvedt once said. And women, not just men, make that mistake; it’s natural enough. But other friends haven’t found my use of (modified) real-life facts distracting – unless they’ve recognised, rightly or wrongly, a character based on themselves. One friend – informed in advance that she’d inspired a (benevolent) character – complained that my portrayal of facts was inaccurate. Maybe her own desire to write a memoir had warped her perspective?

Would that friend, who took her own life before she managed to write about it, have felt encouraged if she’d known just how much the nonfiction market would grow? I doubt it – she’d made no concessions to trends as a brilliant, original artist. Be warned: attempting to write an authentic memoir is not for the faint-hearted. Meanwhile, as the line dividing autobiography from fiction gets blurrier (paralleling the line between the real and the virtual?), the boundary between novelistic and essay forms – strictest in genre fiction – is breaking down. According to Anna Hedigan, in her essay on true crime, ‘The Mechanics of Justice’ (Australian Author, Dec 2015): ‘The novel’s had a bit of a crisis lately. It’s arguably been displaced by non-fiction as the most prestigious form of writing.’ (Prestige, I’m guessing she means, as demonstrated by sales figures?)

The destabilising shock that 9/11 dealt the West has been cited as a major factor in nonfiction’s rapid rise. But of course it’s far more complex than that. There’ve never been so many humans inhabiting this planet, all of whom must increasingly compete for dwindling resources, while digital corporate surveillance reduces each individual to a statistic, his or her psychology to a formula. Meanwhile, more and more poor misguided souls want to be authors. Why wouldn’t these hordes seek to deny or resist the signs of their waning significance by re-imagining their unfulfilled lives as a hero’s (or heroine’s) journey? And for those loath to retreat into cosy egocentric fantasy, maybe our culture’s growing insulation from wild nature, extreme weather, poverty, ageing, death etc., incites us to engage with what feels real and immediate, however unromantic?

According to novelist Brian Castro, in his essay ‘Forgetting Paris’ (Australian Author, Aug 2003), ‘the French fortunately don’t have those false and infantilised categories of fiction and non-fiction’. The context is Castro’s account of being in ‘a place where ideas seemed to matter’ (a reference to French culture, not just the whole floor of books in an emporium where he’d sought warmth). Later in the essay, he writes:

Indeed, the novel sets itself apart by its uselessness. […] It is hopelessly irrelevant. If it is complex, it is unlikely to be noticed. But the novel may well provide a circularity to the moronic linearity of life.

Am I a writer who dreamed of being a character or a character dreaming that I’m a writer? The answer might depend on whether I write to escape or embrace real life.