To PhD or Not to PhD?

Posted on December 22, 2013 by observeroftimes 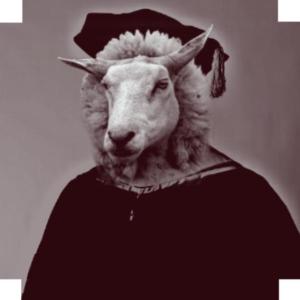 These days when asked to provide journal or anthology editors with a short bio, I don’t bother to mention my MA. And this isn’t because, like the growing ranks of my peers, I’m a PhD candidate or a Doctor; I’m not. It’s because the MA as an indicator of SFA has been superseded. The doctorate is the new master’s degree.

And fair enough; it’s a piece of piss to pass a creative writing MA. You don’t even need to attend most of the classes; because, despite optimistic reports, we don’t live in a ‘knowledge economy’ but in a capitalist so-called democracy showing signs of advanced decay. No-one cares too much anymore whether the product has integrity, as long as the consumer buys (and ‘likes’ it on Facebook). So the benchmark of expertise has had to update its status, ergo there’s a surplus of doctoral candidates gestating theses they hope to publish. What might this mean for our rapidly changing literary culture? What might it mean for me as an, arguably, ‘emerging’ author? And is part of the problem that these last two questions don’t tend to get asked in this order? Because we live in a me-first economy: survival of the fattest, quantity before quality and greed is God. The media is the message. Would you like typos with that?

The stupendous success of Oz author Hannah Kent’s Burial Rites (2013) – which Kent has said she finished only because it was part of her doctorate – will doubtless have inspired a rash of PhD proposals. Yet it would seem that what critic Ben Etherington, in his long and probing review, calls ‘a studious historical novel with literary pretensions by an unknown first-time author’ is simply the most visible instance of a growing trend.

According to Roberta Lowing, a former mainstream film critic who made a well-received transition to novelist via a research degree, writing a novel at uni provides ‘extra opportunities’ for women: ‘Of the 19 published novels and poetry collections written by Sydney University postgraduate creative writing students (2005–2011), 12 were written by women.’1 Okay, that’s a bit more than half. But given that far more than half of writing students at unis are women, shouldn’t the proportion be higher?

In fact, the requirements of my MA dragged me away from what had been my full-time unpaid occupation for a whole decade (i.e. writing novels) to churn out beginner-geared exercises and essays. Of my eight tutors, four had PhDs and two were PhD candidates. Two of the four PhDs were mediocre teachers, with one too often out of the room, while the other, a control freak, kept looking over my shoulder. Of the remaining two PhDs, both of whom were more skilled and literate, the more successful author was too busy. And the two PhD candidates were great teachers but mediocre writers – one reason why they might see a higher degree as a shrewd move? One of the two tutors who wasn’t a Doctor or planning to be one had published several novels in different genres, rating an entry in Wikipedia and my Macquarie Dictionary. And the other, not even a writer but an experienced editor, offered better value than most of my tutors put together.

So of course it would make a sort of sense, assuming I could afford it, to seek the more customised support built in to the structure of doctoral studies. But the question of how I’d benefit personally isn’t my only concern. In a stirring article titled ‘Professorial Poetics’, activist poet Anne Waldman says: ‘An Academy (a grove with trees) exists in the mind. You are your own best school and muse.’2 Intrigued by the notion of a grove of trees, I consulted another poet, Robert Graves, and found, concluding a note on Academus, an Attic hero in Greek mythology:

‘… his small estate on the river Cephissus … is now called the Academia: a beautiful, well-watered garden, where philosophers meet and express their irreligious views on the nature of the gods.’3

Those meetings sound like fun – less akin to the schoolroom sterility of uni than the informal if structured depth psychology reading group I attend once a month. But generally, things have changed in the last two+ millennia. The phenomenon closest to ‘gods’ in our atheistic, scientistic culture (where medications exist to repress the sight and sound of things that aren’t there) seems to be stardom (Hollywood, music and sports) or even celebrity authorhood (Neil Gaiman stands out as one of the nicest). And not to forget the newish breed of best-selling ‘public intellectual’: the Dawkinses, Hawkings, Krausses (popularisers of ‘Science’) etc. Meanwhile, within the halls of academe (halls, rather than groves of trees, the derivatives – e.g. paper – of which are going the same way; and already, to some extent, even the halls are receding, to be replaced by their virtual, digital equivalents), the modern-day gods, at least as witnessed in arts faculties, might be living legends like JM Coetzee (whose self-reflexive and autobiographical tendencies can’t help but augment that legend): eminent author-cum-academics.

Are publishing trends mirroring the widening gap in our society? As the rich get richer and the poor get poorer (with plenty of assistance – or not – from our myopic, me-first, pro-corporate government), are we also seeing a corresponding polarisation in publishing, with blockbuster genre novels pleasing the masses at one end of the spectrum and theses styled as novels upholding the idea of Literature at the other? Sure, there’s never been more diversity, at least in theory. But most of it’s as good as invisible. (Blame the search engines or spend more time on Facebook and Twitter.)

No doubt Kent’s two-book deal involving a $1m+ advance (that’s got to put unnatural pressure on one’s creativity, though it’s a spur to get stuck into the book that’s not yet written) will sway some authors with something to say, who may have dithered over making the expensive, time-intensive doctoral commitment.

But do I want to read the work of authors who might never begin without the promise of a PhD and the institutionalising influence of some tame professor in the meantime? (Not that there are no dissenters or renegades in the system, though sadly I never came across any during my postgrad odyssey.) Or do I want to read work conceived and written in relative wilderness (by which I don’t mean the unformed, misbegotten spawn of the DIY e-book pandemic)? I’m thinking of authors who’ve responded to a calling (beyond the lure of fame, status and/or security), e.g., the Brontës, Kafka, Joyce, Woolf, Kundera, Plath, Winterson, Foster Wallace and others who’ve made a life-changing impression on me by writing as if their soul, not just their degree or their funding, depended on it.