What the new breed of reader wants (or Who’s using whom?)

Posted on October 12, 2011 by observeroftimes 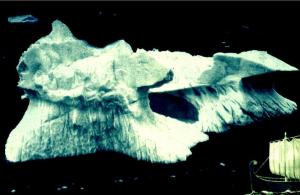 Five years ago, even the most entrenched industry veterans, aware that conventional publishing might be in trouble, were already scrambling to make themselves indispensable. Back then I paid $75, half price, for a one-hour pilot consultation with an incontestably qualified expert who, having reviewed my CV, synopsis and Chapter One, would advise me on how to get my novel published. After our a.m. ‘super session’, I stopped at the bathroom en route to the exit and, feeling none the wiser re what to do next with my ms, decided, as I sat on the toilet, to consult the notes I’d received. Flipping through the promising sheaf of A4 pages, I saw the expert had in fact given me all her notes for the day, and that her other clients had inspired much more detail, the bulk of which, a quick scan revealed, pertained to beginners’ mistakes.

Five years on, as dinosaurs like that consultant fade into retirement, emerging writers can look to younger industry experts to inspire them, such as the editor blogging at thesmellofbooks.com, who writes: ‘The audience for every single digital book is potentially global.’ (Though in the context I guess he means only those that have been through an editing process.)

Because I don’t care to write for a ‘market’, but rather, for unique readers (‘unique’ being a relative term, so I mean my own kind, that endangered species), I’m more or less invisible to publishers. They might tell me I have a great style, a strong voice or an interesting idea, but at the end of the day (or more often the year it takes them to reply), my fictions, of whatever length, don’t quite fit their lists. Yet from editor Joel Naoum’s drift, it seems reasonable to infer that these lists (which, as we all know, have been dwindling) are due to diversify.

After a tribute to ‘dead tree books’, Naoum begins with a disaster analogy: a big publishing company = a potential Titanic (‘The iceberg represents the problems that are facing the publishing industry’, from his porthole-sized insider perspective; but isn’t an iceberg – global reserves of which are fast reverting to water – a metaphor better suited to publishing itself?). So it’s digital-only publishing (the tugboat Momentum) to the rescue. Naoum’s hunch is that reaching new audiences, i.e. digital readers, is going to require ‘a holistic approach’. By holistic, he means knowing who the audience is and what they want ‘long before acquisition’. Does anyone else remember what holistic means? Medically/philosophically speaking, it involves treating the whole system, not just isolated symptoms of whatever disease. And now for some samples of Dr Naoum’s prescriptions:

‘The audience should dictate what gets published.’ How’s that for conformist thinking? Cf. ‘The customer is always right.’ One of capitalism’s delusions (or lies); or why do most consumers say yes to genetically modified food, hormone-sped battery hens/eggs, antibiotic-fed meat and pesticides; yes to refined sugars, preservatives, carcinogens, diabetes, clogged arteries; yes to whatever advertisers shame or program them into craving? Yes to coal-powered electricity; yes to a full tank of fossil fuel; yes to animal-tested products, comfort, non-stop amusement and numbness. Let’s feed the addiction, claw at the itch – there’s still time before the Titanic of traditional book production (and each major landmass) sinks.

‘If there isn’t an audience for a book we shouldn’t be publishing it.’ While valid from a business perspective, how does that stance advance literature? It jettisons the author as visionary. Of course publishing groundbreaking books then having to drum up an audience for them, even with a fat marketing budget, can be hit-and-miss. But the opposite logic puts books on a par with spectator sports in which a ball must find a net, hole, goal or whatever, with the aim of the game being no more than entertainment. So, relieved of their job as gatekeepers (now that the Net negates walls), editors can reinvent themselves. As coaches? Trainers?

‘Authors can’t write into a void.’ But some can, always have, and always will – because one possibility of the human condition is to transcend those insecurities that condemn us to seek mere peer approval, and instead risk the unknown in a spirit of independence. Where was the audience for, say, Finnegans Wake when its earliest impulse fired James Joyce’s unbounded imagination?

‘The online world is connected, hungry and knows what it wants.’ Aside from abundant evidence that it’s glutted and more on to what it doesn’t want, the same could be said of, say, your average smackhead. Now, I respect that Naoum’s conjectures are for the benefit of editors (pushers of books who make money by cutting them?). But his hunches are being thrown like flotation devices to submerged writers, and if we don’t climb on board with plans of pandering to a predefined audience, I guess we’ll be left to sink or swim in ‘the cesspool that is the Kindle Direct Publishing program’. Cesspool, slush pile… Same diff? Because, hey, doesn’t ‘laser-guided publishing’ from ‘long before acquisition’ smell less of books than of commissioning? (Since it seems we’re at the end of a phase, I’m reminded of salon art, neoclassicism, late Renaissance mannerism… or any decadent, formulaic craze.) Is the frontier on whose edge today’s editors stand truly a ‘brave new’ one (even if they’re armed with ‘tools to understand the audience … in a way that [they’ve] never had access to before’)?*

The market has always been hard to predict and subject to unforeseen shifts, making publishing a risky business. But digital books, once acquired, can be produced and delivered much faster than printed ones, and for a less forbidding investment – giving publishers their best shot ever at exploiting trends. Yet, with books in all formats hourly growing more disposable, how many 2011 titles will still be read in a decade? And 130-odd years hence, how many of them will read as well as my current #1 page-turner (available since 1877), Tolstoy’s Anna Karenina?

Which reminds me… It’s not just the feel, smell, thickness and thingness of books that we’re losing. I could swear they don’t make editors like they used to.

* For a reality check re ‘tools’, see Daniel Soar’s scary essay on Google. Who’s using whom?

Like Loading...
This entry was posted in the death of the reader, the life of the writer and tagged capitalism, consumerism, holism, Joel Naoum, literary fiction, Momentum, thesmellofbooks.com. Bookmark the permalink.