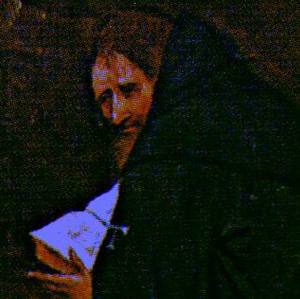 That’s not an ironic title. There’s no winking smiley emoticon. When I first read the above statement I thought it must be a trick, and that by admitting to it, I’d be failing an IQ test or even invoking full-scale social exclusion. I mean, what digitally savvy, media-saturated reader, today, could make such a categorical claim without tongue in cheek? I mean, assuming that I’m urban-dwelling and read often and widely enough for the stakes to be high if the above applies to me, wouldn’t I have to be insular to the point of eccentricity; perhaps a social phobic or just scarily out of touch, or at least not an emerging writer informed by postgrad studies?

If only for reasons of credibility, I feel I ought first to identify some signs of the Internet’s impact upon my existence. Changes, for better or worse, to my social habits are most apparent: loss of contact with folk who, like myself, live in Sydney, but for whom the word ‘friend’ has come to be defined by sites like Facebook; finding a mutually inspiring online friendship with a computer-programming rural–New Hampshire resident I’ve never met; critical exchanges with writers based in the US and the UK, which frees me from dependence upon local writers’ groups (though I miss the pleasure); the far vaster range of information regarding events, work opportunities etc.

Less tangibly, if more radically, the rise and spread of the Internet has obliged me to adjust my thinking (if not my feelings) about what, how and for whom I’m writing. For instance, is it still even legitimate, let alone commercially viable, to portray present-day fictional characters who spend little or no time online, in plots that downplay or omit technology? (Not really, according to Laura Miller of Salon.com.) Having read results of studies that cite widespread shrinkage of attention spans, can I continue to use multi-syllabic words and long, complex sentences; or would that mean I’m as wacko as a scientist obsessed with reincarnating the thylacine?

As Malcolm Knox says in his 2011 essay ‘Driven by Distraction’, ‘quick skimming of web pages … is the way the professional literate classes, the author’s traditional audience, are working each day’; the inference being that the Internet is retraining our brains, scattering them. Knox advocates the writing (and reading) of ‘books that resist skimming’. The risk (or one of them) is that publishers, burnt by failures of risks they’ve taken, won’t regard such books, however admirable, as saleable. I don’t think I need to cite expert studies to convince anyone that the skimming of vast swathes of information (if not knowledge) is addictive, the promise of finding the ultimate nugget of datum or virtual pearl of wisdom beyond the next worldwide-web horizon irresistible. Can I hope to write for readers who feel no need to resist such seductions if it’s obvious that I’m not one of them? It mightn’t work. Because, like most writers (that burgeoning species all set to inherit the Earth while its raison d’être, the reader, goes the way of the dinosaur), I’m best equipped to make sense to like minds.

But I digress. The above just seemed (with my distrust of decontextualised data) like the least context needed to make sense of what, how and whom I’m now reading. Which brings me to an admission of my addiction to literature. Sure, the Internet has transformed my approach to its acquisition, luring me from recreational second-hand bookstall browsing to the mainlining of unlimited titles and their descriptions. But even if online ordering of books unseen in Australia (and/or books that cost far less when home-delivered free from overseas) has significantly impacted upon my purchasing habits, availing me greater choice and quality, it’s not as if I’m now reading faster or more often, or less difficultly. If a Thomas Bernhard novel – sans line breaks and paragraph indentations, while not short of sentences that run for maybe two closely spaced pages – now absorbs me more than it would have before the digital revolution, that’s not a defensive response to the ubiquity of Twitter, it’s just research into literary suicides.

The thing is, my reading habits (habit?) don’t reflect transient factors – what, how, whom – but grow out of the underlying question of why. Throughout my childhood and early teens I read not just for entertainment and relief from loneliness nor even to broaden my ‘general knowledge’ (the parroting of which guaranteed adult if not peer approval) but to bridge the gaps in my parents’ Disney-fied answers to all my queries. Novels introduced me to concepts such as incest, abortion, torture, human sacrifice, polytheism, genocide and more. Through their use of strategic omission, suggestive metaphor and ambiguity, my parents’ novels (mainly genre; they seldom read Literature) taught me most of what I knew about cultural taboos. But, for all the clues I uncovered, reading before I left school was a substitute, a way to pass time while I ached to be free to seek and connect with likeminded people. Not until my late teens did reading become a basis for sharing with others.

And now? Says journalist–author Anneli Rufus, interpreting what people mean when they say they dread boredom, ‘they dread having to think their own thoughts all the way through’. The notion that our thoughts are our own – let alone geared to reach an organic conclusion – seems to defy the zeitgeist, the synergistic ethos of the Internet. Yet, what is a novel (or its nonfiction equivalent) if not a performance of following through on one or more lines of thought? To the extent that an author succeeds, I find my sense of self broadened and deepened, and gain access to extra dimensions: a depth that frees me from excessive horizontal dependence, and timelessness that lets me view mushrooming digital culture with some distance.

But hey, call me naïve, as a highly selective reader for whom the permeability of the postmodern condition sometimes seems more academic than real. Or just call me an introvert.

The above was written for (and entered in) a blogging competition because the predefined topic amused and inspired me (the other three on offer seemed to require, at least to my mind, more academic rigour if they were to deliver), which meant that for a change and for the discipline, I worked from the outside in; not from the inside out, as is my tendency. However, in this more relaxed context, freed of the 1000-word limit, I’ll admit that I’m not proud of having used quotes out of context.* For instance, Anneli Rufus (according to Judith Ireland’s March 26, 2011 Sydney Morning Herald’s Spectrum article, ‘Going It Alone’, from which I lifted Rufus’s words) is referring specifically to non-loners (that boredom-prone majority).

Like Loading...
This entry was posted in the death of the reader and tagged Anneli Rufus, Malcolm Knox. Bookmark the permalink.