Posted on January 7, 2023 by observeroftimes 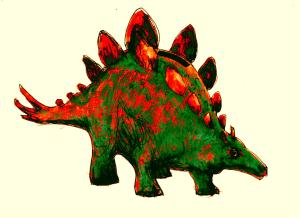 Once upon a time, finding a spiritual teacher used to be hard. More often than not, you’d have to wait for them to find you. (‘When the student is ready, the teacher will appear.’) Now, you can just go to YouTube and find a whole queue of them waiting for your next click. The other day, a flat-earther I know told me they’d found a new one, and though I didn’t ask who, he sounds typical: says you can prove the Earth is flat scientifically, but you can prove it’s a globe too, or some other shape, because there’s more than one reality. Leaving aside what exactly he thinks ‘science’ is, reality then becomes just another product for consumption. Take your pick, and if you’re not satisfied, you can exchange it (see terms and conditions).

Not sayin’ different dimensions don’t coexist (I may have peeked into a few), and even interpenetrate each other, if invisibly. But let’s not confuse a narrative with hard fact. Astral travel, NDEs, psychedelics and meditation can open doors to alternate realities. Yet, mostly, incarnation grounds us (whether well or woefully) on the same, relentlessly dense plane.

Meanwhile, confusion of a narrative with reality continues re the official Covid script, according to which vaccines would stop the spread, protect the vulnerable/aged, reduce hospitalisations and symptoms etc. Now we know (or some of us do and the number is growing) that this is just spin – belief in which hasn’t increased vax safety or effectiveness. And YouTube ‘teachings’ that also interpret ‘science’ loosely often snare lazy minds and fragile egos. Reality on Earth (the one with gravity) is taxing, the journey from first to last breath not a cruise with a money-back guarantee, and death makes as good a teacher as any.

Fear of death, besides being instinctual, comes from the ego. Notice how it subsides when the ego takes a back seat. But our society glorifies ego achievement; makes egocentricity (or confidence vs. honesty) a condition of all but the lowliest employment; views the breakdown of ego as a mental-health crisis requiring urgent medical intervention, possibly for life. If some people – say, suicides – fear death less than some other prospects (like daily rape in jail, or the ravages of terminal illness), it’s mostly because these promise ego death, a form of initiation our society does its best to suppress.

A recent survey rated doctors the most trusted of any profession. (Predictably, estate agents fare far worse; though, in dealing with plenty of both in recent years, I’ve found the reverse.) And scientists rank just behind doctors, those high priests of Science. ‘Trust the science,’ the faithful chanted when Pfizer et al promised salvation. But Medicine is no longer scientific (based on observation, scepticism, testing etc.); somehow it’s become ideological. And though this has only just dawned on some folk (thanks to Covid), a medical priesthood has for some time mediated our relationship with death – or spirit, which gets ignored unless we subscribe to old-style religion (contra the zeitgeist). Medicine is, in effect, our dominant religion – or, more broadly, Science and Technology (even if we identify as Christian, Muslim or other), because that’s where the money is. In fact, an ever more technologised Medicine may soon render doctors redundant. But to return to a question that systems of faith exist to address…

Money, today, is the meaning of life. Even if we don’t care to concede it. Because, unless you grow your own vegies, keep chickens, cows and goats, and/or hunt, fish, forage, bake bread, make pickles etc., money is food. And unless you live in a squat, tent, bus or car, it’s shelter too. Money equals mobility, unless all you seek lies within walking distance. It mediates between us and everything we need (more so for urban dwellers, but increasingly for regional). The word ‘inheritance’ evokes money, even if it can also mean culture, shame, duty, wisdom and genes. Mine includes heirlooms, like The Young Mother by J Bernard Dawson, MD. Published in 1912, it must have belonged to one of my grandmas.

At times, Dawson is good for a laugh: ‘Again I say the cord must not be used as a cable to drag out the afterbirth.’ But I digress. It’s the ads that edify: ‘A complete and perfect food combining in proper proportions just the elements nature prescribes for building bone and sinew, sturdy constitutions, robust and vigorous health.’

Sounds like an ad for breast milk in the days before it contained microplastics, heavy metals, pesticides etc. But it’s not just Horlicks that talks up its formula; the book’s author endorses it: ‘Such a food will prove very useful whenever the tolerance and digestion of cow’s milk is defective.’ Invented in 1873 by the Horlick bros, a pharmacist and a food manufacturer, its market (and sponsorship) had already embraced polar explorers: anyone needing meal replacement. Supposedly, 70 years ago, it was even linked to successful treatment of gastric ulcers and some forms of diabetes – though good luck finding proof despite the rumour’s persistence. Fake news wasn’t invented in the 21st century.

And here’s a comforting claim from the same book for another product: ‘All Milk Sold is produced by Cows owned and cared for by the Laboratories.’ Don’t these ads just ooze benevolence? And back then, they convinced; 110 years ago, folk hadn’t lost their innocence. That took a couple of world wars. Yet, though consumers today wax cynical, doctors, who still whore for industry, apparently still inspire public trust. So when politicians, whose trust rating sucks, need to move a dud Covid booster stockpile (some of which, here in Oz, has already been binned), the job of pushing falls to doctors.

Yes, money has become the meaning of life. And so the traditional begging bowl of the wandering spiritual teacher has been replaced by online platforms like Substack and Patreon with subscriber-only content for the faithful, or Zoom sermons followed by Q&A (all cards & PayPal accepted). Some think a digital one-world currency, a cashless society, means convenience. Others fear loss of freedom to stash their cash and sidestep tax, compounded by frozen assets if they rebel (note the example made of the Canadian trucker blockade). What few seem to ponder, amid concerns re how a wholly (holy?) electronic economy might affect them personally, is what the universal dematerialisation of loot to have and to hold, once worth its weight in gold, means for the human psyche: money not as substance but as logic on which our world runs; money ascending to a subtler realm to fill the vacuum created by the death of God. Money led us away from nature, which we then commodified. Geared to reduce us to cogs in the digital machine, this version of money makes the world go round, but also flattens it out by dint of a global grid sealing us off from spirit. (Flat-earthers, like schizophrenics, can make sense if you credit metaphors.) Money, then, no longer in pockets, wallets, safes, biscuit tins, bank vaults, treasuries, mints or even on paper, but circulating as pure number, sums streaming through the ether.

As for investing faith, aka money, in Medicine, that flat-earther with the YouTube teacher recently had cosmetic surgery. Seems you don’t have to believe in gravity for it to work. As for why anyone might entertain the notion of a flat Earth… The stories folk tell themselves about the photos they post online – which reduce their embodied presence to a 2D image viewable from just one side, fixed in space and time – don’t account for the reality of how they appear in 3D. An attachment to flattering angles is flattening because we live in the round, and shifting your line of vision, figuratively or for real, can cause illusions to break down. Yet, narratives – and the more repetitive, the better – can perpetuate them…

7 Responses to Moneytheism – stairway to havin’