The Lie of the Learned: Sydney Writers’ Festival 2019 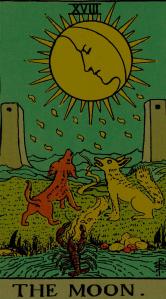 RACHEL KUSHNER: WHAT IT MEANS TO BE FREE May 2, 6.30–7.30pm University of Sydney Social Sciences Lecture Theatre (‘One of America’s finest writers, Rachel Kushner, joins Professor Annamarie Jagose to discuss her latest novel The Mars Room and a body of work that traverses eras and inner lives.’)

The theme of this event, the first I attended, bore no connection to the festival’s broad theme of ‘Lie to Me’. Nor did Kushner’s examples of true stories used in The Mars Room, about ‘what it means to be poor and female in America’, i.e., incarcerated. As for ‘what it means to be free’, the conversation dwelt instead on characteristics of the US prison system with which Kushner is familiar through her human-rights work inside. From which it follows that freedom means, among other things, privacy – an idea that begs the question of just how free any of us can be as our technologies monitor and regulate our contacts and behaviours with increasing invasiveness.

Kushner opened the session by reading from The Mars Room. And her evident concern with humanising prisoners, many of whom she counts as friends, is commendable. Yet nothing about her writing tempted me to read the rest of her novel. However, she did discuss some content that intrigued me. So, later, I searched through The Mars Room and read the passage that opens Chapter 10, and though I could find no specific acknowledgement, I knew the account of killing and eating a wild porcupine had been lifted from the Unabomber’s diaries (owned by a friend who’d decoded them). But to what end? It can’t have been her intention to upstage her own invention, but having recently read a haunting essay on Kaczynski, I found his words more gripping than hers. It’s easy to imagine him killing people with the same detachment that makes his record of dispatching the porcupine so creepy. But what’s that got to do with the injustices of the prison system?

Embedding readymade diary entries in fiction seems almost like cheating. And it’s not hard to sympathise with a character whose crimes arise from social injustice or disadvantage; while too easy to despise an educated psychopath, to deny them the empathy they couldn’t feel for their victims. Does Kushner need to emphasise her contempt for Kaczynski so her use of his words won’t be construed as politically incorrect? Funnily enough, Kaczynski took a dim view of leftists and his critique is no less relevant today because he’s batshit crazy – though, like Kushner, I’m quoting him out of context:

Leftism is in the long run inconsistent with wild nature, with human freedom and with the elimination of modern technology. Leftism is collectivist; it seeks to bind together the entire world (both nature and the human race) into a unified whole. But this implies management of nature and of human life by organized society, and it requires advanced technology. […] Assuming that industrial society survives, it is likely that technology will eventually acquire something approaching complete control over human behavior.

Which reminds me that, though I find Kaczynski’s crimes indefensible, Kushner’s appropriation of his diaries unsettled me. But hey, I grew up having my right to privacy denied by parents who cared deeply about theirs.

Anyway, what ‘free’ meant to me in the context of this event was not having to pay for a front row seat a few metres from two engaging speakers, an increasingly rare treat with each new Sydney Writers’ Festival, which seems ever more geared to humouring well-heeled baby boomers and less inclusive of struggling students and pensioners who might read and write. (Which sounds like our government’s style of funding…)

It’s often the case that festival panels not only lack the charged interaction of live TV panel shows (e.g., Q&A) but disappoint like short story anthologies of uneven quality. And the price is comparable. So I went to this event only because a friend shouted me. The shrink was the sole panelist with more to offer than anecdotes (yawn!) but Taylor didn’t give him a chance. Nor did he leave enough time for questions from the audience. Relieved when this undisguised exercise in marketing ended, my friend and I talked for hours about the liars in our lives.

In this session Parker and Knox, a top local investigative journo, discussed an author who’s just as unreliable as the narrator of his debut thriller and instant #1 New York Times bestseller, The Woman in the Window, after which audience members asked Parker lots of questions, including whether he thought his story would ‘change anything’. Parker, who presents as self-effacing, yet who’d need to be phenomenally tenacious, didn’t think so, but the question struck me as vague. And what did this woman think needed changing?

Funnily enough, Mallory’s history of lying in public about dramatic medical conditions, whether his own or those of others (e.g., his battle with cancer, the disease that supposedly killed his mother), reminded me of someone my friend had discussed the previous day, who, since they’d been dating, had suffered an impressive array of serious if invisible mental and physical afflictions, then raged and threatened to end their two-and-a-half-year-old relationship whenever my friend dared refer to not yet having met anyone who knows them nor even once been to their home.

For those of us faced with people whose stories don’t add up, whether on the personal or political front, surely it’s useful to read about real-life cases of deceit, if only because the knowledge that such pathologies exist could help us to see manipulation for what it is and to resist it.

3 Responses to The Lie of the Learned: Sydney Writers’ Festival 2019