Does reading make you a better person? 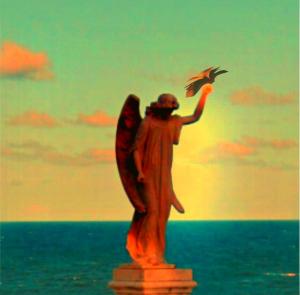 Anyone in the business of handling unpublished manuscripts – assessors, slush-pile cullers, judges, editors – would agree that reading will make you a better writer. Not just reading for pleasure or to kill time, though, but critically, analytically: keeping an eye on the big picture, the narrative arc, the overall structure, without losing sight of the details; alert to both the whole and its parts, the forest and the trees.

But will reading more – for mere amusement, or even education – improve you? And what might a definition of better include? Smarter? Wiser? Humbler? Freer? More self-reliant, objective, inspired, aware, broad-minded, resourceful, caring? Of course, some reading matter can’t do that. But imagine living with illiteracy; how many doors would stay closed, how your choices might be restricted. Ability to read – or not – has always conditioned power and status (and vice versa). Which raises moral issues.

Kill Your Darlings columnist Danielle Binks, writing on the New Adult genre (a marketing label coined by St Martin’s Press in 2009, she tells us), raises the concern that ‘the [new adult] readership has become increasingly sexualized’. (I’m assuming she means that what’s aimed at this niche has become more sexualised. Whatever.) And, Binks continues, ‘what is disturbing is how many indie authors are now writing hyper-sexualized books featuring characters in their 20s, and marketing them to teen readers under the “new adult” label’. So, ‘eroticism is seeping into a readership that isn’t ready to push sexual boundaries to such an extent’.

Leaving aside that the latter is debatable, is this worse than teens having online access to adult porn? Worse than their leading sexually active lives while still at high school? Worse than their being aggressively targeted by marketing campaigns in general? Binks’s concern strikes me as misplaced. And as for ‘the sexual submissive archetype portrayed in Fifty Shades … recurring in many new adult titles, and offering a skewed view of male and female sexuality’ – how many teenage boys are reading these ‘steamies’? Yet that doesn’t mean boys aren’t exposed to skewed views. If, as it would seem, Binks believes that vulnerable young adults need their reading matter vetted for them, she’s not alone. But behind most such agendas lies an assumption that what we read has the power to make us better or worse people. It’s the same sort of mentality that blames anorexia on fashion ads, never mind what sort of food-related madness goes down within nuclear families.

What seems worth asking, to me, is why teens – or any of us – read. The answer will vary from person to person. Do I read to escape the world around me or to learn more about it? Plainly, these aren’t mutually exclusive needs. Binks would like to see more media coverage of children’s and YA literature, so it’s no surprise to learn she’s currently working on her first book for young adults.

So now I’d like to propose a whole new genre for what could well be the youth-worshipping West’s most under-exploited readership. The over-90s are reputedly our fastest growing population group. But who’s writing fiction specifically for them? After all, post-adults have more time to read than does your average teen. What would it take to engage these seniors? How might this demographic be reached?

In her novella The Reason for It (2003), Doris Lessing describes a society that suffers progressive decline: its culture of storytelling – the basis for memory, hence perspective – is sidelined in favour of military glory. The 90-something narrator, recounting events for posterity, finally makes sense of what went wrong. The ruler they elected is, simply, stupid. And the educated elite, the Twelve who voted him in, have no excuse. They fell for DeRod’s charm and personality. This fable might console a handful of disenchanted Liberal voters – if any have noticed and cared about the Abbott Ministry’s missing portfolios – but I found the narrator’s conclusion unsatisfying. Luckily Lessing’s story ends with an archaeologist’s note explaining, seven millennia later, that the cuneiform text has been translated ‘for our easy reading’. And so, a stupidity means, more precisely, ‘that which is missing from the nobler parts of the mind’.

Reading assorted reviews of The Grandmothers, the quartet that includes The Reason for It, I was struck by the latter’s relative unpopularity. While some reviewers note that this sci-fi novella is the odd one out, most write it off as unsubtle allegory (when did allegory become a dirty word?); they prefer the other three, realist novellas, which all examine romantic love. Lessing was in her 80s when The Reason for It was published, and I can’t help feeling its theme might appeal to readers old enough to be over political correctness – yet, like the novella’s narrator, prone to reflecting.

Though it needn’t, reading can and often does promote reflection. And a reflective capability, more than what’s often called ‘intelligence’, is perhaps the defining feature that sets humans apart from animals (assuming all humans have it; the faculty can seem more apparent in the eyes of some dogs and cats). So, what might Lessing’s narrator mean by ‘the nobler parts of the mind’? I’m only guessing, but here’s an example I like, from an interview with Emmett Stinson, author and academic:

Is this a way in which I might use the act of reading to become a ‘better’ person? Novels that make us care about characters, in the most basic way (e.g. genre escapism), play to our prejudices. Others, likely more complex (and maybe more literary), make us care about types we might shun in real life, possibly expanding the range of our empathy. But this is just a subtler form of emotional manipulation. Outwardly innocent entertainment can be political, designed to brainwash.

Stinson values confusion to the extent that it makes us think, but: ‘This, of course, is anathema if you think that literature is all about “feelings”, about identifying with characters or situations or just wanting to be entertained or whatever.’ His ‘ideal’ readers, on becoming confused, would ‘try to give themselves over to the text, to inhabit an alien space for a little bit of time’. He wants to read ‘books that are much smarter than I am, that challenge me, that confuse me, and even that make me feel uncomfortable…’ A willingness to tolerate discomfort seems crucial to me. For without it, not only can’t we delay gratification (potentially empowering, whatever one’s values), we can’t make choices based in compassion (vs., say, fear) with regard to what and how much we consume on our ecologically challenged planet.

Like Loading...
This entry was posted in books to read before you die, the death of the reader, the life of the writer and tagged allegory, book reviews, capitalism, consumerism, delayed gratification, Doris Lessing, Emmett Stinson, Fifty Shades, genre, literary criticism, new adult, novellas, political correctness, publishing, reading, realism, steamies, The Grandmothers, The Reason for It, young adult. Bookmark the permalink.