Posted on January 4, 2011 by observeroftimes 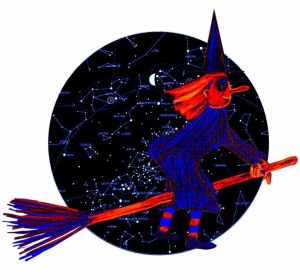 When you’re a professional astrologer, people from all walks of life – perhaps due to our culture’s confusion re what astrology is – tend to ask you questions that have little to do with your discipline; questions about, for instance, prophecies, clairvoyance and past lives. Or they feel compelled to inform you of myths they’ve taken literally.

Recently I heard that the Earth is due to change polarities according to the yet-to-be-pinpointed end of the ancient Mayan calendar. Supposedly the Earth’s crust will migrate radically when the pole shift happens – so, in theory, residents of, say, Byron Bay could find themselves relocating to China. The same informant also referred me to a new-age astrology blog. Curious re what countercultural stargazers are predicting these days (and counter to our culture’s growing trend of taking info out of context), I had a long, close read of the blog.* Here’s a sample of what I found: ‘Intuitively, I like Carl Johan Calleman’s date for the actual ending of the Mayan calendar - October 28, 2011. This seems to fit the intensity and the acceleration we’re experiencing, indicated astrologically.’† It had been many years since I’d contemplated this end-date topic. Self-styled Mayan scholars and even archaeologists cite 21 December 2012. Where had Calleman (Calendar Man?) come from?

I’ve now read several of his articles, which explain where he’s coming from without clarifying the real issue, which surely must be, What exactly, if anything, might the end of the Mayan calendar mean? However, Calleman (in an article titled ‘Is the Mayan Calendar the astrology of our time?’) implies that Western astrology is redundant in the face of his knowledge, saying:

‘As human consciousness now expands it would be expected that the role of our local solar system decreases in importance in the role given to it in shaping human character and destiny. Intuitively, more and more people are now also experiencing “energies” and fields of consciousness – “frequency increases” – that seem to have no relationship to planetary positions. Not only that, the almost universally experienced speed-up of time cannot possibly be explained by planetary positions, since the durations of the astronomical cycles have not changed. The Mayan Calendar can however explain the speed-up of time, since its energy changes now take place much more rapidly than they ever did in the past.’ [Italics added]

Any astrologer just now coming around to Calleman’s view has a lot of homework to catch up on and less than a year in which to do it. Can we all even agree that human consciousness is expanding? Does Calleman know himself well enough to avoid projecting?‡ In an article dated May 15, 2009 (‘The risks of believing that the Mayan calendar ends December 21, 2012!’) he predicts: ‘Around the time that the Sixth night begins on November 8, 2009 we may however expect that the meltdown intensifies and the US dollar collapses and with it the established monetary system in the world.’ If he hopes to prove that knowledge of the correct end date is crucial, he undermines his case by making predictions that don’t come true – unless you’re so ‘intuitive’ that such discrepancies, if noticed, seem petty to you.

Still asking what exactly, if anything, might the end of the Mayan calendar mean, I googled US astrologer Barbara Hand Clow, who, for two+ decades, has written and published much on the theme. And that’s how I found a site called 2012hoax.org. With the apparent aim of averting youth suicides and saving suckers money, these crusaders are fuelling the 2012 doomsday hype in their zeal to debunk it.

This international group of anonymous schoolteachers, science types and astronomers has begun to construct an online rogues’ gallery. In it I found a biased bio of, among others, Barbara Hand Clow. According to its disjointed and illogical conclusion, her alleged sins are (1) being ‘a derivative writer’ (who in our postmodern age isn’t? Show me a truly original scientist!); (2) having the ‘agenda of bringing back the Divine Feminine’ (presumably a side issue – unless 2012hoax.org has the agenda of bringing back the Inquisition?); and (3) ‘disseminating Calleman’s ideas about 2012’ (he’s in the rogues’ gallery too). These witch-hunters even quote some of Hand Clow’s writing re two deaths in her family. Though taken out of context, the quotes clearly suggest that study of Mayan codes enabled Hand Clow to find meaning in her sons’ deaths (one of which was an accident; the other, intentional). Evidently 2012hoax.org isn’t content to just expose fraud; the site is a platform for dissing people who hold alternative spiritual beliefs. Why doesn’t 2012hoax.org pick on Christian fundamentalists who rant and rave about Judgement Day? (It’s not as if most mainstream prophets offer their warnings for free either.) And why does 2012hoax.org distort the timeline re Hand Clow’s work with ‘Mayanist’ authors and updates in the content of her channellings? To someone familiar with her books, these cyber-vigilantes look confused, out of their depth, and ethically dubious. Do they assume that their audience is too credulous to question them?

* Personally, I find Western astrology more useful for psychological insights than as a tool for predicting the future. (Calleman kindly provides his own birth data in one of his articles.) So that my criticisms can’t be linked with someone sincere (if terminally waffly) who does readings for a living, I haven’t identified the new-age blog. Professional astrology, for the majority who aren’t pop columnists and can’t count celebs or pollies among their clientele, is a far less lucrative gig than some sceptics and scientists would have the public believe. On the other hand, I feel free to critique the thinking of public figures whose popularity renders my humble opinion redundant.

† How much should you or I trust the ‘intuition’ of an astrologer who applies precise astronomical timing to ingresses, aspect patterns, retrograde cycles etc., but throws that precision away, erring by 300+ years, with regard to the astronomical start date of the Aquarian Age? Of course, when one is writing for an uninitiated audience, it must be tempting to dispense with boring technicalities that don’t support one’s message that this point in time is all-important. But how will preaching to the converted change, let alone save, the wider world? United we stand, divided we fall, might apply. But what of the risk of reinforcing one’s biases and blind spots? Or are some biases inherently right and some blind spots the product of evolution (e.g. eyeless white fish in the river system under the Yucatán Peninsula)?

‡ Projection, a term borrowed from psychology, is, according to my Macquarie Dictionary, ‘the tendency to attribute to another person, or to the environment, what is actually within oneself’. An example might be, say, some sceptic (maybe a pragmatist working in the sciences?) who’s never had a mystical experience in their life, so they assume that all those who report having had them must be con artists and liars.